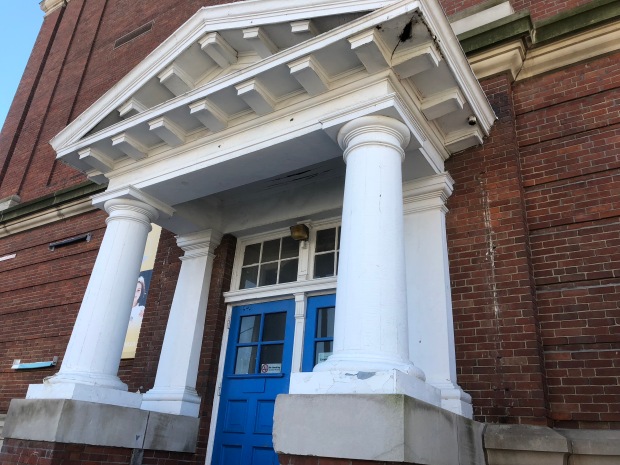 Despite being closed as a TDSB school, Kent Public is still used today for visual arts and language classes.

We will have full access to the tribunal’s deliberations

On 5 November Build a Better Bloor Dufferin was given “standing” before the Local Planning Appeal Tribunal (LPAT). As a party we will represent our interests at upcoming hearings.

The next pre-hearing on development of the school lands on the south-west corner of Bloor and Dufferin is scheduled for April 18 of next year.

“We got what we came for,” said Maggie Hutcheson, co-chair of the BBBD. She was one of a dozen neighbourhood residents and interested citizens at the session at the LPAT offices on Bay Street.

Bloor Dufferin Ltd. Partnership (the developer) has appealed to the LPAT about delays in having its development proposal approved by the City of Toronto.

BBBD wanted to have legal “standing” in these matters because party standing gives BBBD the right to speak before the adjudicators, call expert witnesses, and cross-examine witnesses testifying in the hearings. BBBD also seeks to understand the City Planning Department’s issues with the development and other factors surrounding the development.

The April pre-hearing will likely decide the issues to be explored at a full LPAT hearing—which might not happen for a year or more.

Tom Halinski, the lawyer representing the developers, said the proposal was for a “complete community” with residential and commercial space, a park, public plaza and community hub. The initial application was submitted to the city in 2017, then appealed in late March 2018 to the LPAT. A revised proposal, with smaller towers and more park and public space, was submitted in April. It is still under review by the City Planning Department.

By appealing to the LPAT even before submitting their revised proposal, the developers will be grandfathered into hearings under the old Ontario Municipal Board (OMB) rules. The LPAT is the successor to the OMB, but planning issue appeals registered before spring 2018 are grandfathered into the old OMB rules.

Critics claim that the OMB favours developers over local resident groups because of the expertise, money, and lengthy hearings that OMB hearings entailed. The new LPAT system is supposed to give the local communities more input into the process.

Andrea Adams, who represented BBBD, said our group needs adequate time to review the issues coming before the LPAT. The BBBD already shared a list of our issues about the development with the developer and city planning.

LPAT Adjudicator Lori Bruce said it might be two years before the developer’s appeal reaches a full hearing.

One surprising development was the presence of lawyer Mike Federick representing Dufferin Mall Holdings. The mall was also granted standing as a party.

Three local residents were granted “participant” status for the coming hearings. This means they can make presentations before LPAT but can’t call or cross-examine witnesses.

One thought on “BBBD gains “standing” before LPAT”

This is the next time BBBD will appear, on your behalf, before a provincial government tribunal concerned with building apartment towers on the north end of Dufferin Mall.

You can participate. Go to: